Return of the (Kundodhni) Cow! 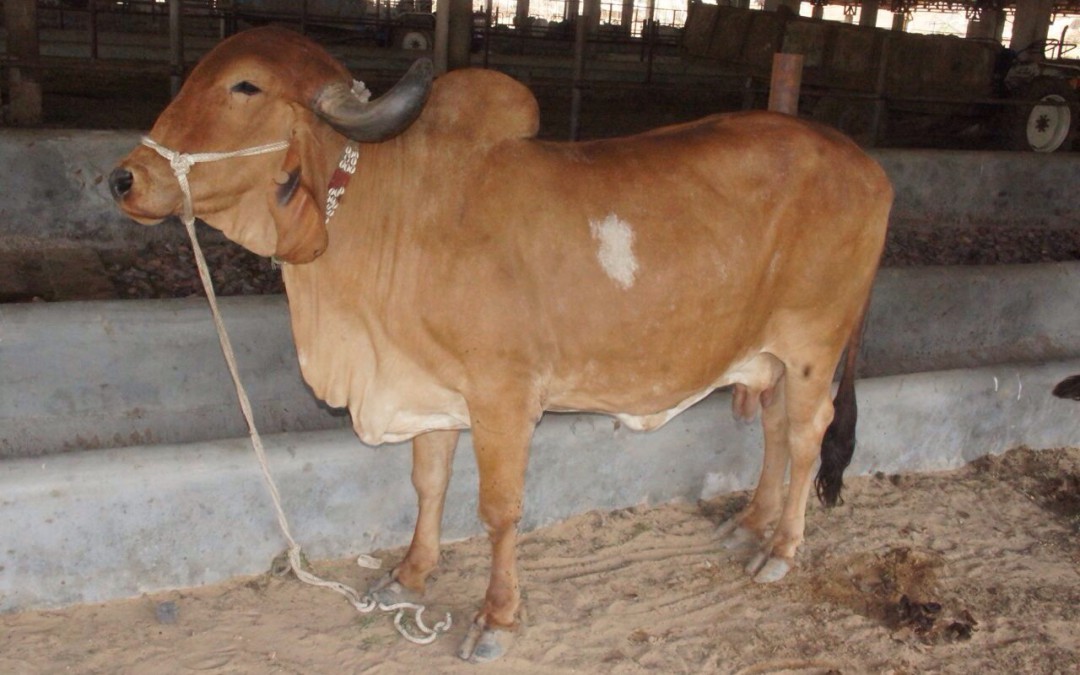 Due to the influence of Kali-yuga and its effect on Braja dhāma many priceless gifts have withdrawn and been taken from Braja. The cow is the foremost personality out of the 12 for the stabilization of Mother earth.

The greatest of cows is the ‘Kundodhni’ cow, the mainstay of Braja, whose daily milk supply would create pools of milk on the ground. To this day the Gir cow, a breed of Kundodhni can be found and according to śastra there is descriptions of how the rivers during Lord Kṛṣṇa’s descent would be over flowing with the milk of such cows. There have not been as many cows anywhere as could be found in India throughout the world.

“This Gir Gaya is a type of Kundodhni cow. Kundodhni means when she delivers milk it comes out like a pond. This cow existed before Kṛṣṇa and in Kṛṣṇa Lila and even before Rāma. This is one of the main parts of Braja Bhumi. We are going to bring this part back because now there is no Gir Gaya in Braja. They are sporadically found through out the world and long ago maximum was in Braja, and now the time has come to bring them back. It will be the best gift for Braja. Devotees should come forward to take care of this part. Certainly devotees from all over the world will come forward.

Even Vasiṣṭha and King Ragu has cared for this cow, before Dvāpara and Treta-yuga. To organize such a cow for Braja is the best service for Braja. Now that sort of cow has vanished from India and throughout the world are presently in only Brazil. In the history, Brazil has taken these cows from Braja Bhumi 1000 years ago and they have cultivated them, now they are the topmost owners in the world of those cows.

There are a few hundred such cows left in the Gujarat state of India. The Gujarat government has made the rule that no cows can be moved from one state to another. In fact Maan Mandir was able to secure 4 such cows; they were very difficult to bring.”

Lately 4 cows have arrived at the Mataji Gośala at Maan Mandir along with several bulls and two newborn calves that manifested in route.

Śrī Ramesh Bābāji Mahārāj’s desire is to bring this particular and most important part of Braja back to its origins. How we can do this is to collect some cows from where ever they are available.

Any one who can help in this seva, even in thought, will be greatly benefitted. We are even receiving some beginning supporters now from Brazil itself. We have so much work to do educate people and repopulate Braja with this type of cow instead of buffalo.

If you do Gau seva, Kṛṣṇa will come behind you. When the Gau seva is
humbly done without personal motivation, Kṛṣṇa comes to bless and even surrenders to that person. 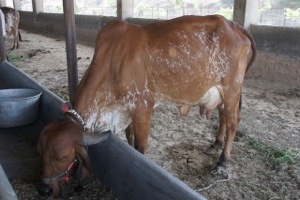 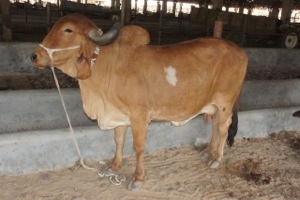 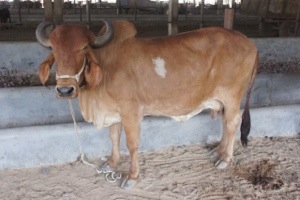 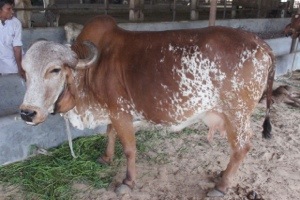 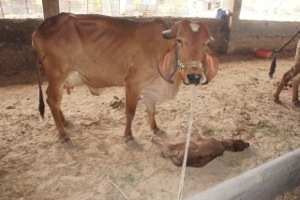