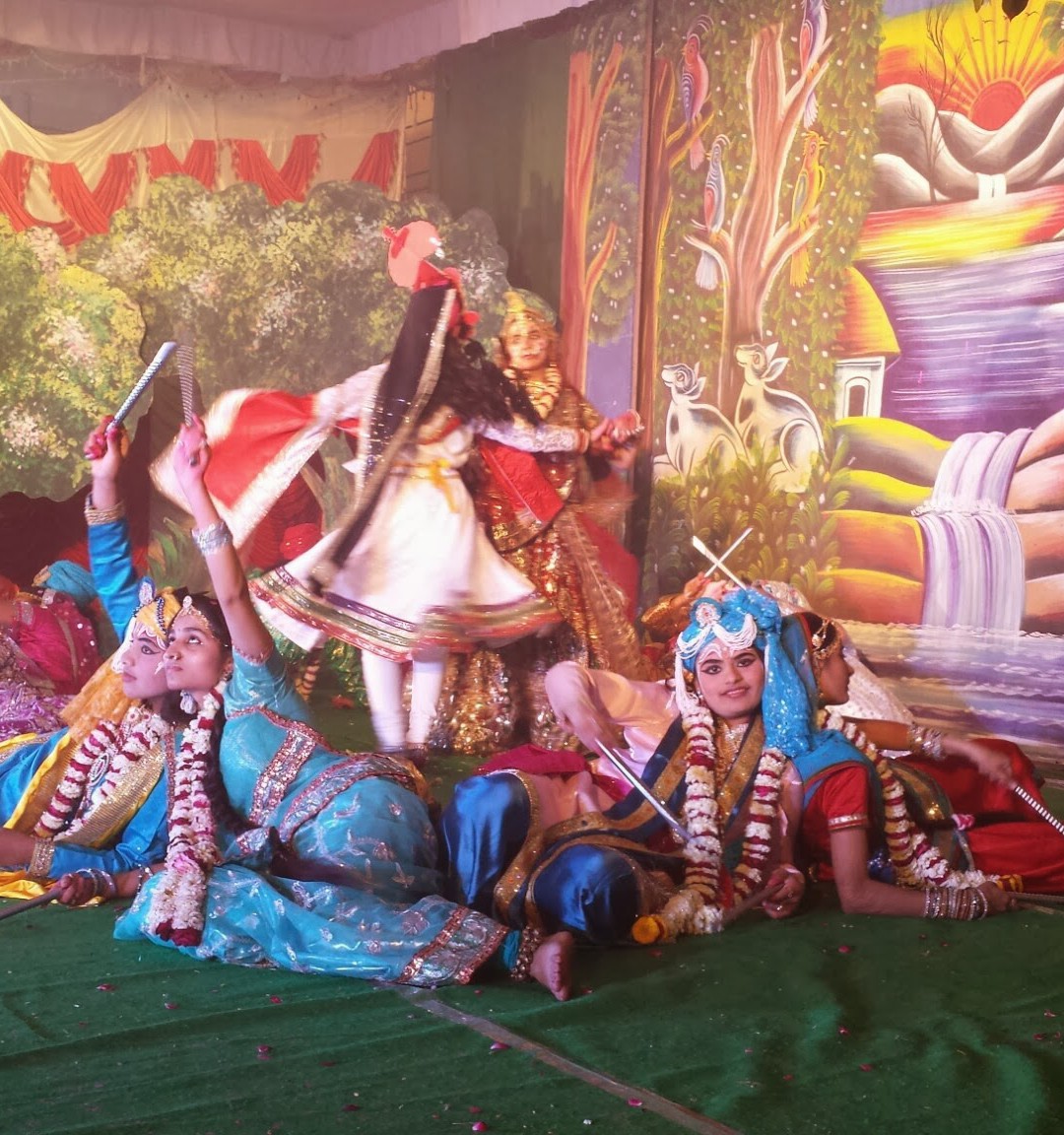 In just a few days another offering Rangili drama has preceded the beginning Holi celebrations in Braja. This year was the Durvāsā-Mahārāja Ambarish lila depicting the danger of bhakta aparādha, undermining out access to Rādhā-Kṛṣṇa prema.

This was done in the honor of Madan Mohanji and Sakhī Sharan Bābā, the two great saints of Maan Mandir who have recently left us to their eternal services. Muralika spoke of their contributions with heart felt slide show before the play.

Leading up to this, much preparation took place with the actors practicing their scripts, various props, costumes, and makeup decorations; each actor meditating on their roles with great devotion, in a sense performing the mechanics, while in the final presentation an unexpected event occurred. It was a divine intervention where the higher powers entered into the bodies of the actors; there we found a sakṣat Ambarish, Durvāsā, Sudarśana Cakra, gopīs and Thakurjis. This actuality brought tears to the audience, for they were part of a transcendental display, a manifestation of personalities large and small with a message of universal appeal; the devotee is always most dear and protected by God.

Some actors acknowledged that they completely forgot their bodies and were possessed; empowered puppets in submission.

The perfection of pure devotional exchanges loving exchanges on a universal/local level came at the end and before Śrī Ramesh Bābājī Mahārāj, the inspiration and architect of the drama, could begin the final arotik, the stage of Rādhā’s and Kṛṣṇa’s and aṣṭha sakhīs surrounded him in his chair, entirely forgetting the last dance in rāsa, and were sent back to their positions in the play. Then as Bābā Śrī finished the arotik, he bent down to touch the feet of the sakṣat Radha-Krsna’s and all paid their obeisances to him instead.

Here we find a convergence of two worlds where the spiritual and physical agree in a worship of one whom They/they all love.