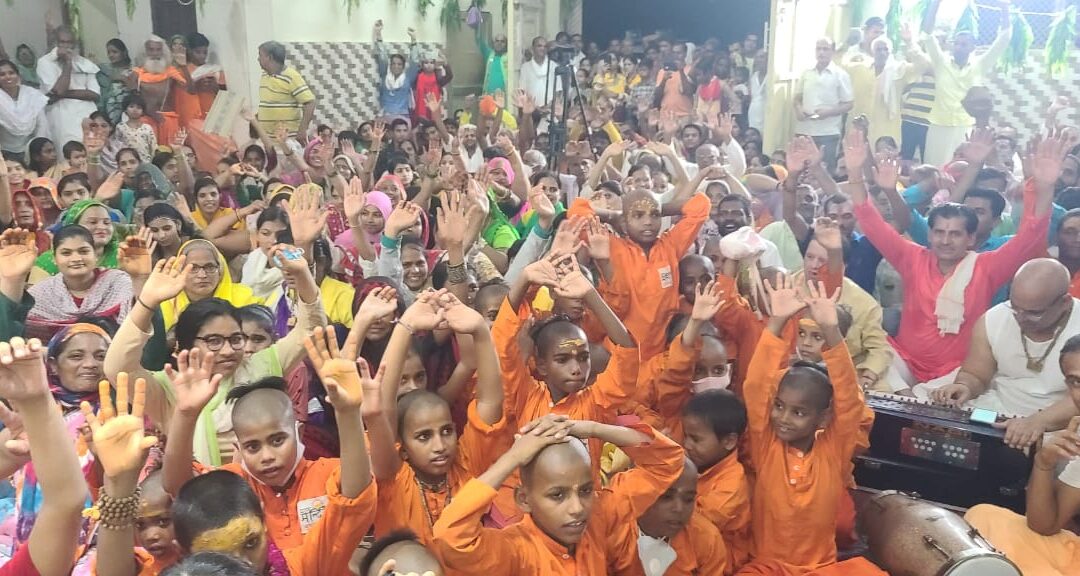 The agitators’ delegation met several Congress leaders; We must protect the culture and environment of Braj, this is the Rajdharma

For 211 days of the ongoing dharna to free Adibadri and Kankachal hills from mining, the agitators continued their gradual fast at the site of the strike. Sant Munna Baba, Sadhu Ram Ichha, Shri Gopal Baba, Vaishnava Jitu and Sri Sirdi sat on a gradual fast. On the other hand, Shri Gopal Baba, who was sitting on a gradual fast in the Katha Kirtan, continued at the site of the dharna today, took got obstinate again to fast unto death to secure the hills of Braj, on which the sages and villagers present explained him and made him sit on a gradual fast. Gopal Baba said that until we do not sacrifice our body to protect the hillss of Braj, it does not seem that these divine hills of Braj will be saved.

Here, late last night, a delegation of agitators met many Congress leaders and appealed to them to follow Rajdharma and protect the culture, religious wealth and hills of Braj, which is the responsibility of every politician. On this, the cabinet minister Lalchand Kataria and other leaders in the Rajasthan government gave full assurance to convey their sentiments to the Chief Minister.

At same time the active membership drive has gained a lot of momentum today. The active membership campaign under the leadership of Sant Braj Kishore ji today inspired people by holding meetings in many villages and connected them with the active membership campaign, in which villages like Bolkheda, Matuki, Dabhala, Rankoli etc. were prominent. So far more than 1100 active members have been made under this campaign. Today only in Bolkheda more than 200 members and in Matuki village, about 100 members took active membership of the movement. Community leader Sitaram Gurjar was appointed as the village secretary of Bolkheda and former sarpanch Ramdhan was appointed as the village secretary of Matuki. Sant Brajkishore Baba said that this campaign is taking the form of a very big campaign. Under this campaign, we not only have to make the people of Braj aware about the protection of the hills of Braj, but in this way all of us can unite and make the whole of Braj into a developed and supernatural state. We are making sure that all these Brajwasis should have full participation in the all-round development of Braj. Rupkishore, Mohandas, Kanhaiya Das, Shyamsundar Das, Rajveer Bhagat etc. accompanied him on this occasion.