38 Cows Rescued From Slaughtering By Mataji Goshala In Braj 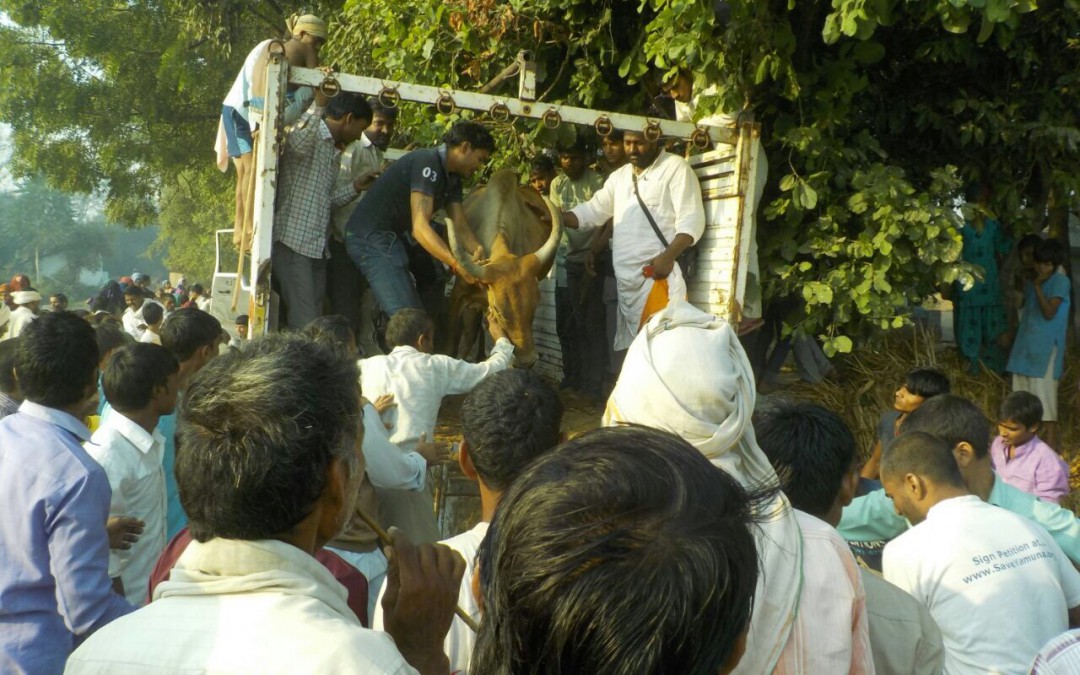 Mataji Goshala not only aim at serving cows brought to it, but also actively haunt illegal smugglers of cows putting their lives in the line of self imposed moral and devotional duty to protect cows. In an recent incident, Mataji Goshala team got a tip about the truck illegally carrying cows for slaughtering near village Mehrolli in Haryana (Some part of Haryana falls in Braj). The team got together and chocked out a plan to rescue them.

Please know that cow smugglers are mostly equipped with deadly weapons. This was the situation in this case as well. As soon as the Goshala team tried to stopped them, they shot several rounds of bullets. With Shriji’s mercy, nobody got heart. In the end, the team was able to rescue all of the 38 cows from the truck. All cows found were under sever trauma of fear and pain.

The cows are brought to Mataji Goshala. 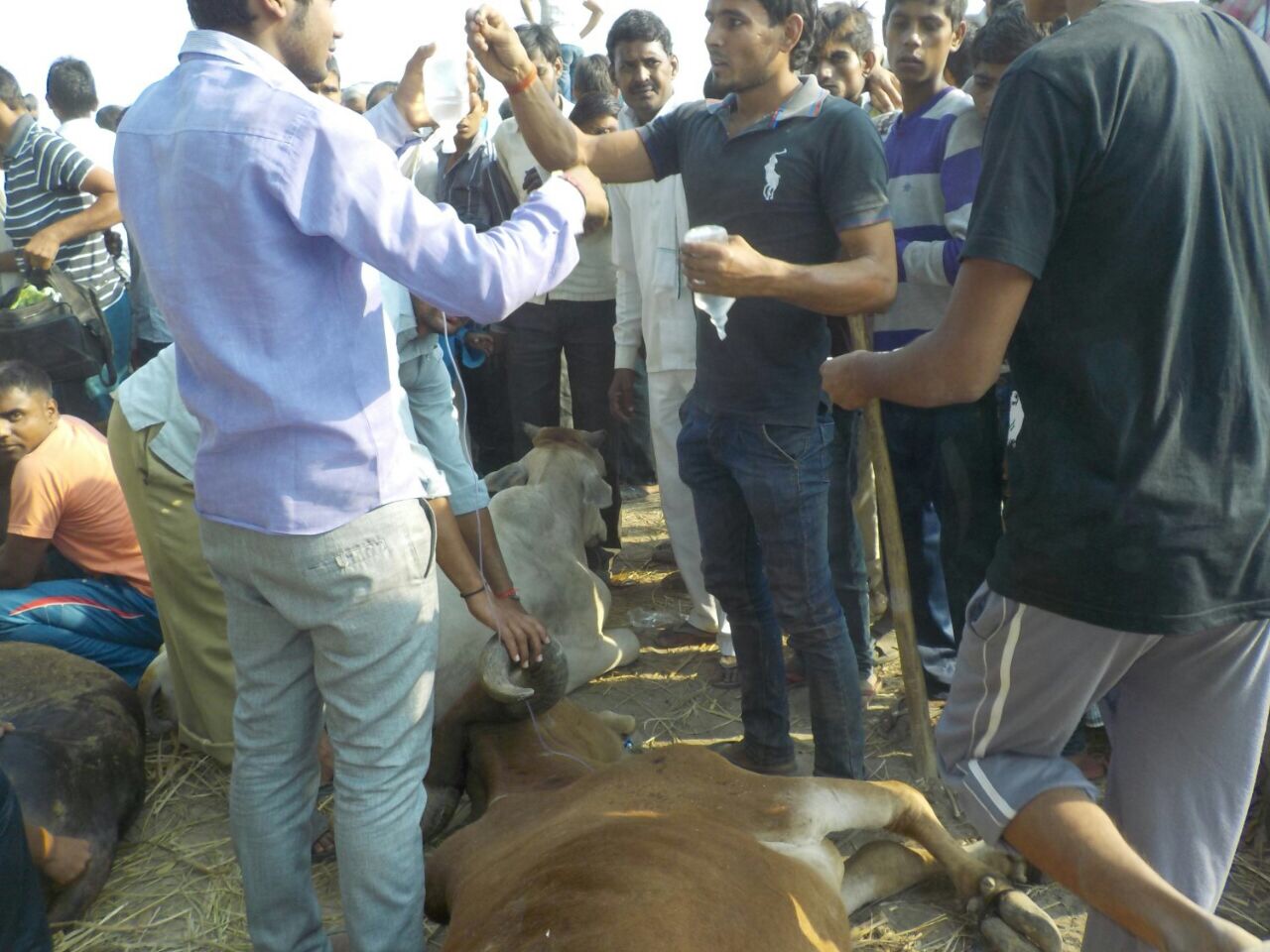 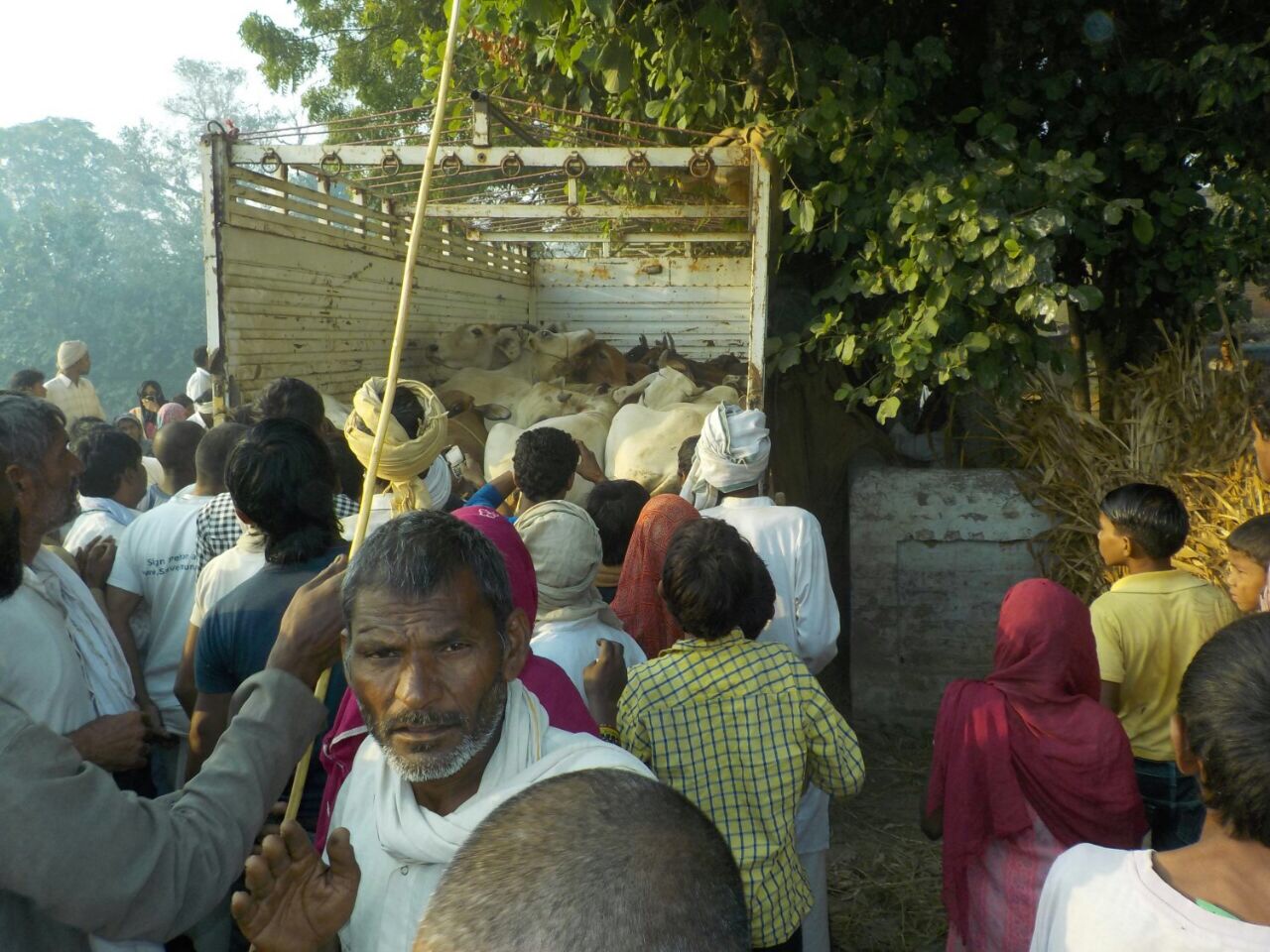 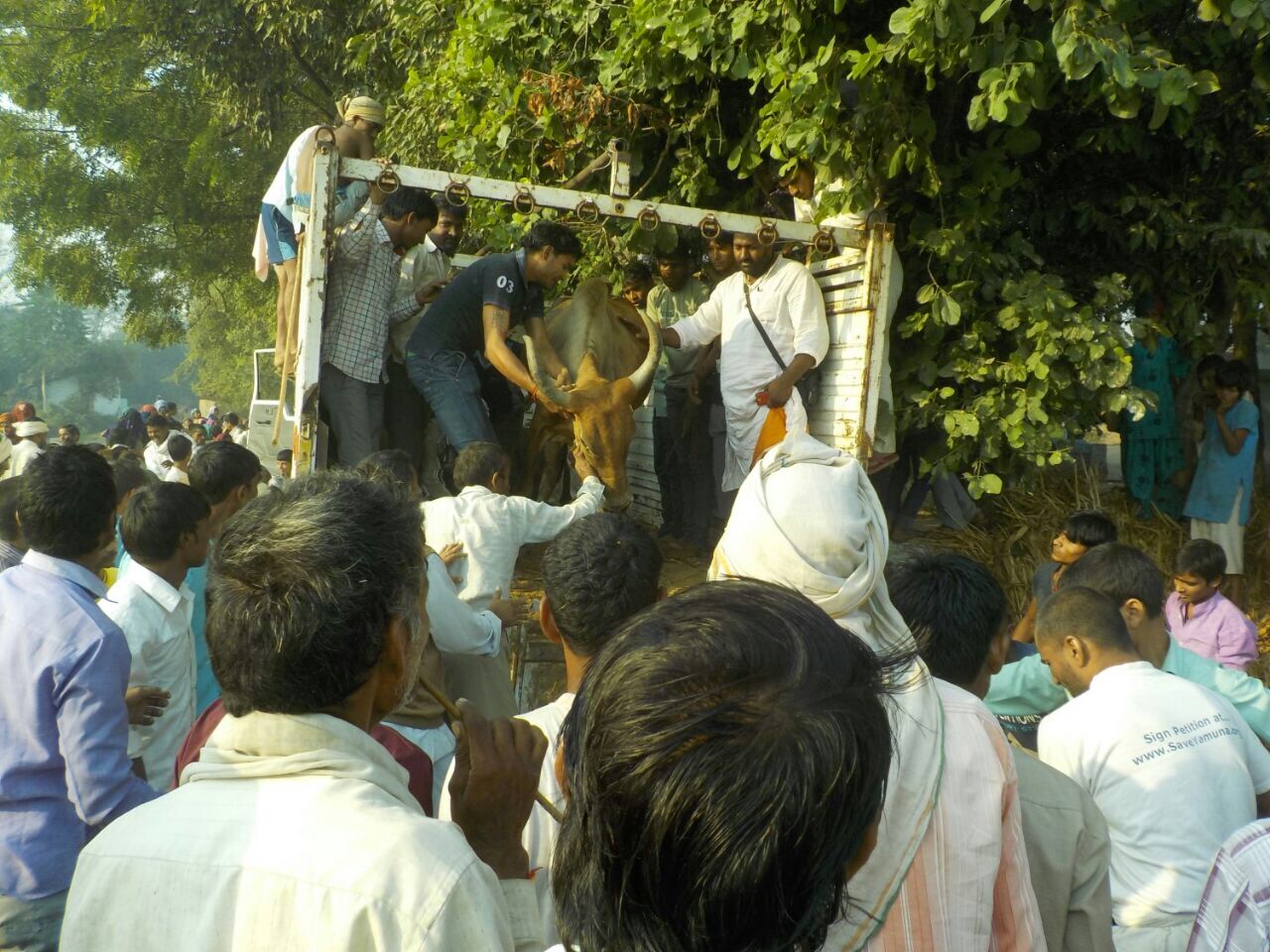 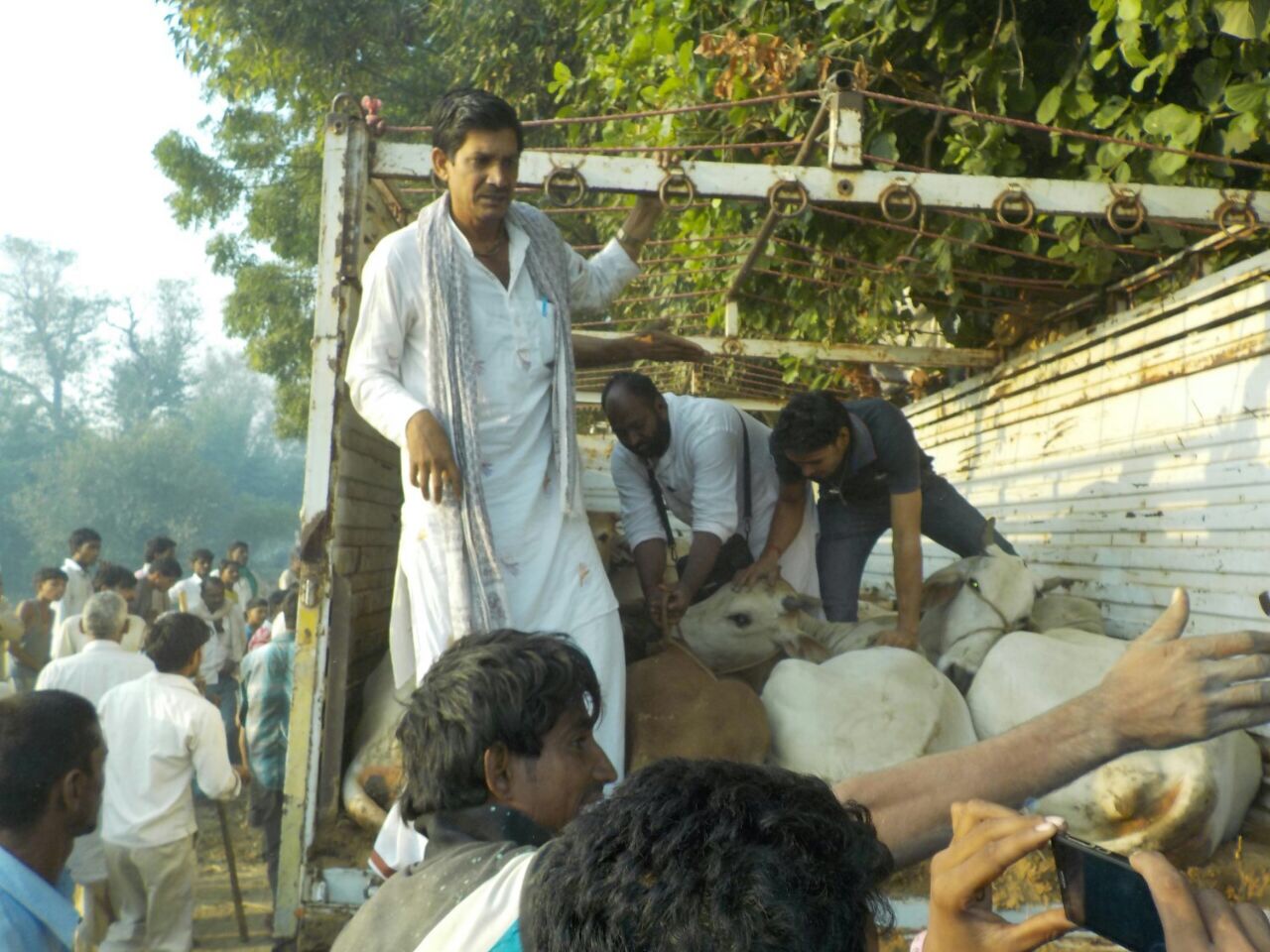